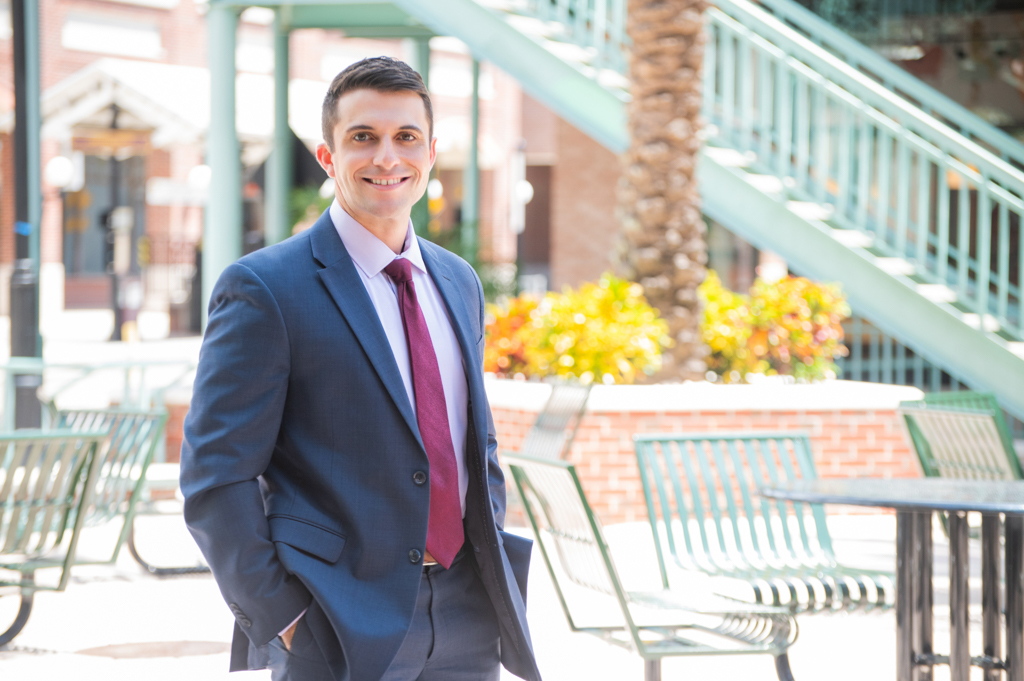 Daniel J. White was born near Boston, Massachusetts and moved to Florida in early 2001. He graduated from Saint Leo University with a Bachelor of Arts in Political Science. While attending Saint Leo University, Mr. White was a member of men’s soccer team, model United Nation’s team, and earned student-of-the-year honors for Political Science in 2011.

After graduation, Mr. White continued his education at the Pennsylvania State University Dickinson School of Law. During his time in law school, Mr. White was a member of the moot court board where he represented Penn State at competition. Mr. White also served as Vice-President of the moot court board during his final year. Mr. White also work in the school’s criminal justice practicum where he worked with the local public defenders’ office to defend indigent persons charged crimes. While attending law school, Mr. White spent the summer interning for the Federal Public Defenders Office for Eastern Washington and Idaho where he assisted in the defense of indigent persons charged with federal crimes. For his work, Mr. White earned a distinction as a Pro Bono Advocate form the Miller Center for Public Interest Advocacy.

Since law school, Mr. White as focused his practice in the area of insurance defense litigation, including liability, first-party coverage, and no-fault insurance, on behalf of various major insurance carriers.

In his first-party practice, Mr. White has represented insurers throughout the state of Florida regarding all manner of losses, including hurricane, hail, windstorm, pipe leaks, collapse, termites, and sinkhole. He has also assisted insurers in coverage disputes, including taking Examinations Under Oath and providing legal insight and counsel regarding coverage determinations. Mr. White is a member of the Florida Bar.