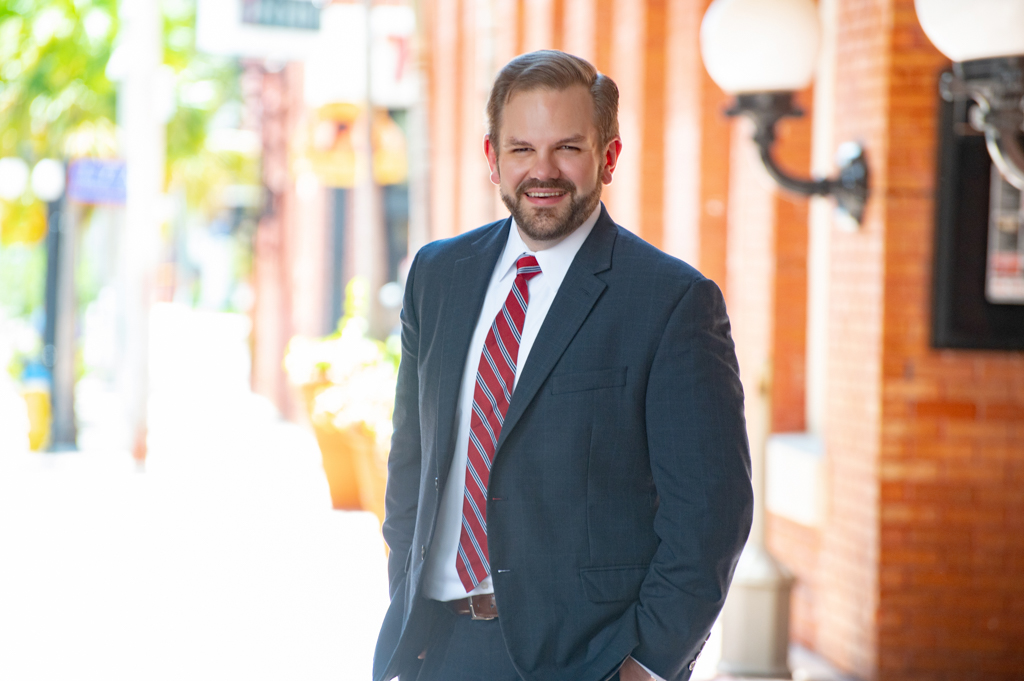 Brandon A. Blake was born in Pensacola, Florida. He graduated from the University of Florida with a Bachelor of Arts in Business Administration and Minors in History and Classics. While attending the University of Florida, Mr. Blake served as the Program Director of the University of Florida Fellowship of Christian Athletes and was a member of Golden Key International Honor Society. After graduation, Mr. Blake continued his education at Stetson University College of Law. He was a member of Stetson’s premier Trial Team where he represented Stetson at numerous state and national trial competitions. While at Stetson, Mr. Blake also served as a teaching assistant for Trial Advocacy with Professor Lee A. Coppock and interned with the State Attorney’s Office for Florida’s Thirteenth Judicial Circuit, the U.S. Attorney’s Office for the Middle District of Florida, and Judge David A. Demers as a judicial appellate intern.  Mr. Blake also earned the Book Award for the highest grade in Election Law.

Since law school, Mr. Blake focused his practice in the areas of insurance defense – both in liability and first-party coverage. Concerning liability, he has represented health care professionals, their practices, and hospitals as well as small businesses in every facet of litigation, from pre-suit through trial. In his first-party practice, Mr. Blake has represented insurers throughout the state of Florida regarding all manner of losses, including water, hurricane, windstorm, and fire. He has also assisted insurers in coverage disputes, including Examinations Under Oath and offering counsel for coverage determinations. Immediately prior to joining Bolin Law Group, Mr. Blake represented aging Florida residents and their children against the major tobacco companies in Florida’s historic Engle progeny litigation.

Mr. Blake is a member of the Florida Bar, as well as the United States District Court Middle District of Florida. He is an associate at Bolin Law Group and currently a member of the Trial Lawyers Section of the Florida Bar and the Tampa Bay Inn of Court. In his spare time, Mr. Blake continues to coach Stetson Law’s Trial Team as a coach, loves to barbecue, and is an avid Florida Gators fan.