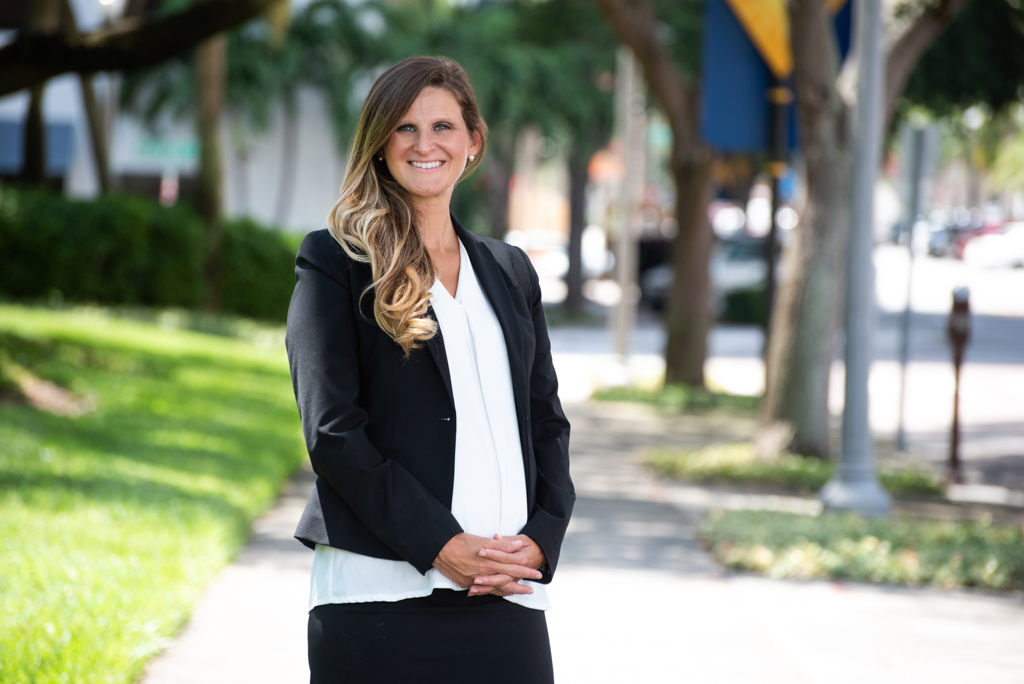 Trina Sams Hearn was born in Miami, Florida but grew up in Norwich, Vermont. She graduated with a Bachelor of Arts in Political Science and a Minor in Anthropology from the University of Vermont in 2006. During her time at the University of Vermont she was elected to serve on the Judicial Counsel and was a member of the National Society of Collegiate Scholars from 2003 – 2006. She continued her education at Stetson University College of Law, where she concentrated her studies in Trial Advocacy. While at Stetson, Ms. Hearn was the president of the Student Leadership Development Committee and a member of the Stetson Trial Team. While on the Stetson Trial Team, she advocated in five National Competitions and was a Finalist in the National Association of the Criminal Defense Lawyers Competition and the National Champion in the National Trial Competition in 2010. She also interned at the Federal Public Defender’s office in both Chicago and Tampa as well as the Sixth Judicial Circuit Public Defender’s Office. Ms. Hearn was awarded the Victor O. Wehle Award, Henry Burnett Trial Award, Excellence in Clinic Award, and membership to the National Order of Barristers and Who’s Who Among Students for her achievements in trial advocacy. Upon graduating, Ms. Hearn went on to work for the Sixth Judicial Circuit Public Defender’s Office for a year and a half where she advocated in over 15 jury trials. In 2013, she focused her practice mainly on premises liability and medical malpractice litigation. Ms. Hearn is a partner at the Bolin Law Group and is currently a member of the Florida Bar Association, the Hillsborough County Bar Association and the Florida Defense Lawyers Association. She is also admitted to practice in the Middle and Northern District of Florida.