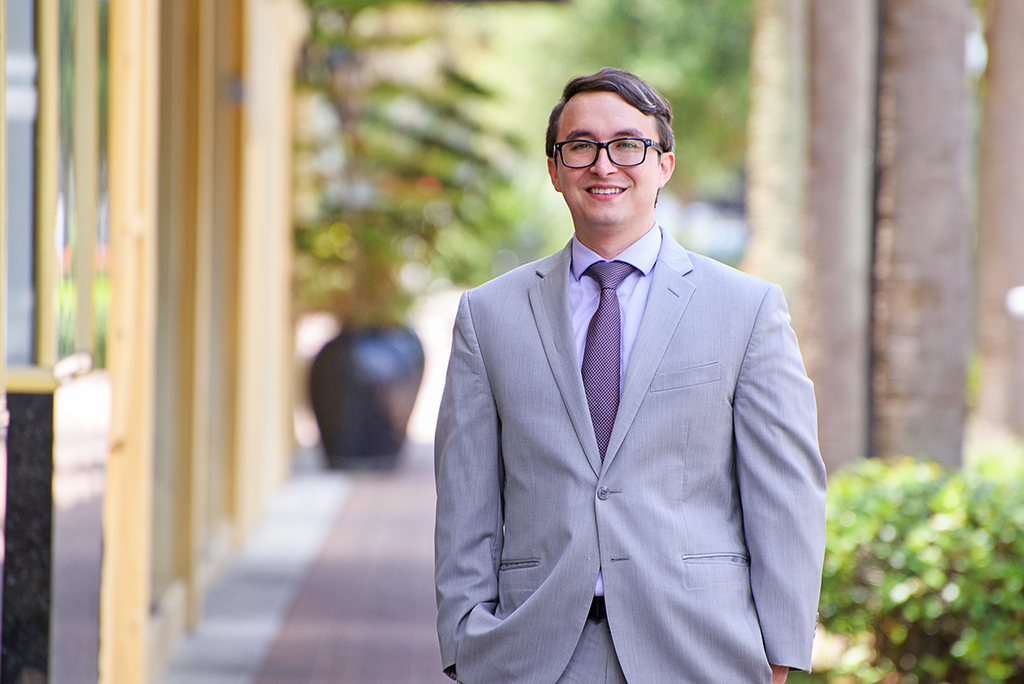 Michael Neusaenger was born and raised in Orlando, Florida. Prior to finishing university, he served in the United States Navy as a Nuclear Field Electronic Technician. Following his service in the Navy, he returned to the Orlando, Florida and graduated with a bachelor’s degree in Political Science from the University of Central Florida. Mr. Neusaenger, his wife, and their three dogs love the Central Florida region and currently live in Winter Haven, Florida.

Mr. Neusaenger next continued his education at Barry University’s Dwayne O. Andreas School of Law. During his time in law school, he worked as an Extern at the Dispute Resolution Services at the Orange County Courthouse as a Certified County Mediator. After law school, he was admitted to the Florida Bar and practiced at a prominent insurance defense firm in Lakeland, Florida with a focus on Worker’s Compensation Insurance Defense and Personal Injury Insurance Defense. Mr. Neusaenger is currently an Associate Attorney at the Bolin Law Group, P.A., where his practice focuses mainly on First Party Property Defense.